The City of Vancouver recently purchased 11 kilometres of land from CP Rail and named it the Arbutus Greenway. This narrow strip extends all the way from the Fraser River to False Creek. This semester, students in Environmental Design Studio I imagined how the north end of the corridor might look.

Professor Cynthia Girling asked her students to design 200 metre sections of the northern region of the Arbutus Greenway, from about Burrard and 6th Avenue to False Creek. The assignment requires students to include elements that the city has outlined as mandatory: bike lanes, walking areas, and a space for the future addition of light rail. 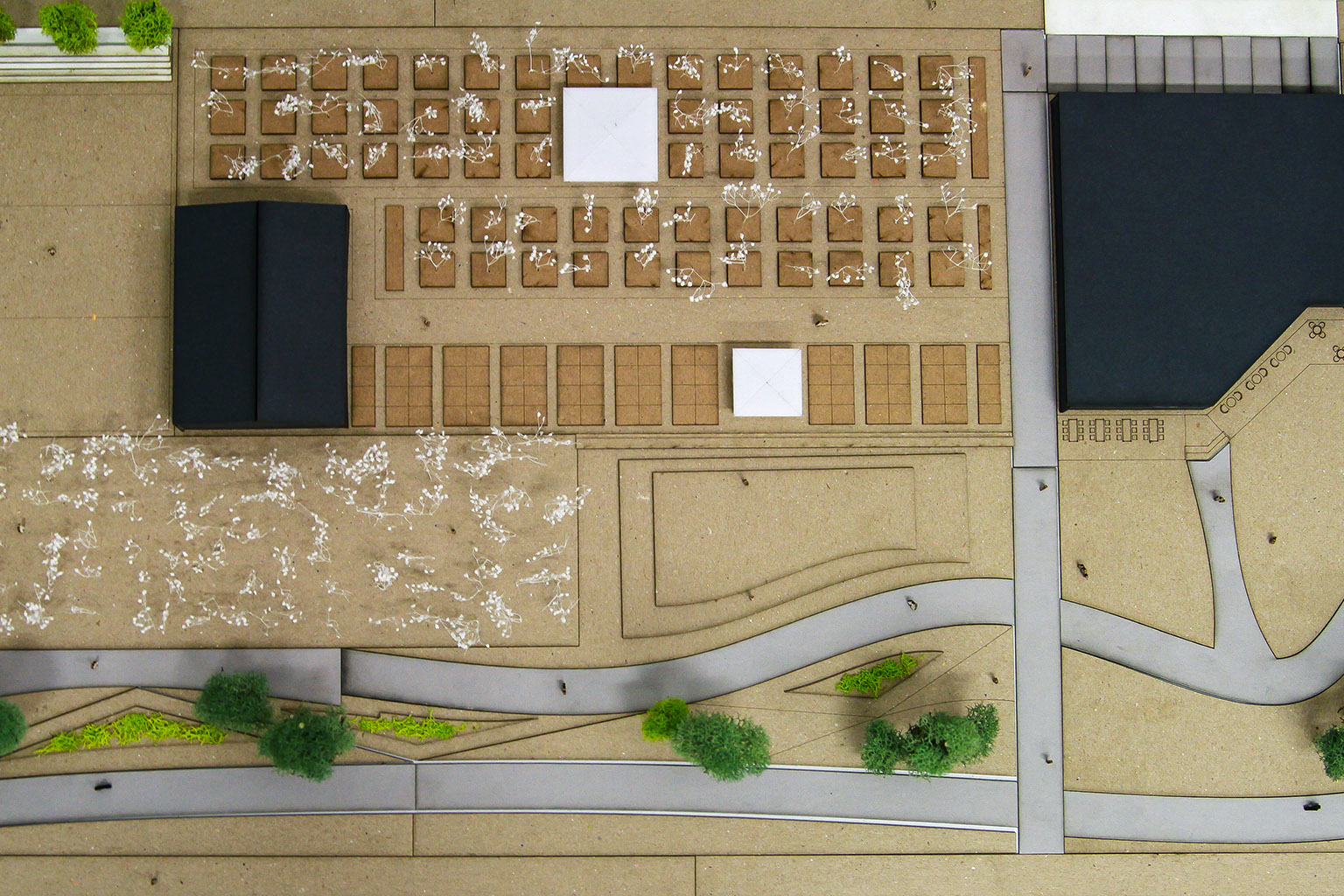 A model shows planters for gardens and trees, terraced seating, and walking and bike paths.

In parts, the corridor narrows to a width that can barely accommodate the distinct use paths. But these are examples of the difficult but essential constraints that students must consider when designing large-scale projects. Reviewers from the City of Vancouver were present at the studio session. They understand the requirements of working on projects with diverse stakeholders and various and often conflicting demands.

Kevin Connery, a landscape architect working on the Arbutus Greenway, was “pleasantly surprised by the level of thought” that the students had given to the project. He was also impressed with the sophistication and range of the ideas being generated—many of which he had not had time to consider until now. 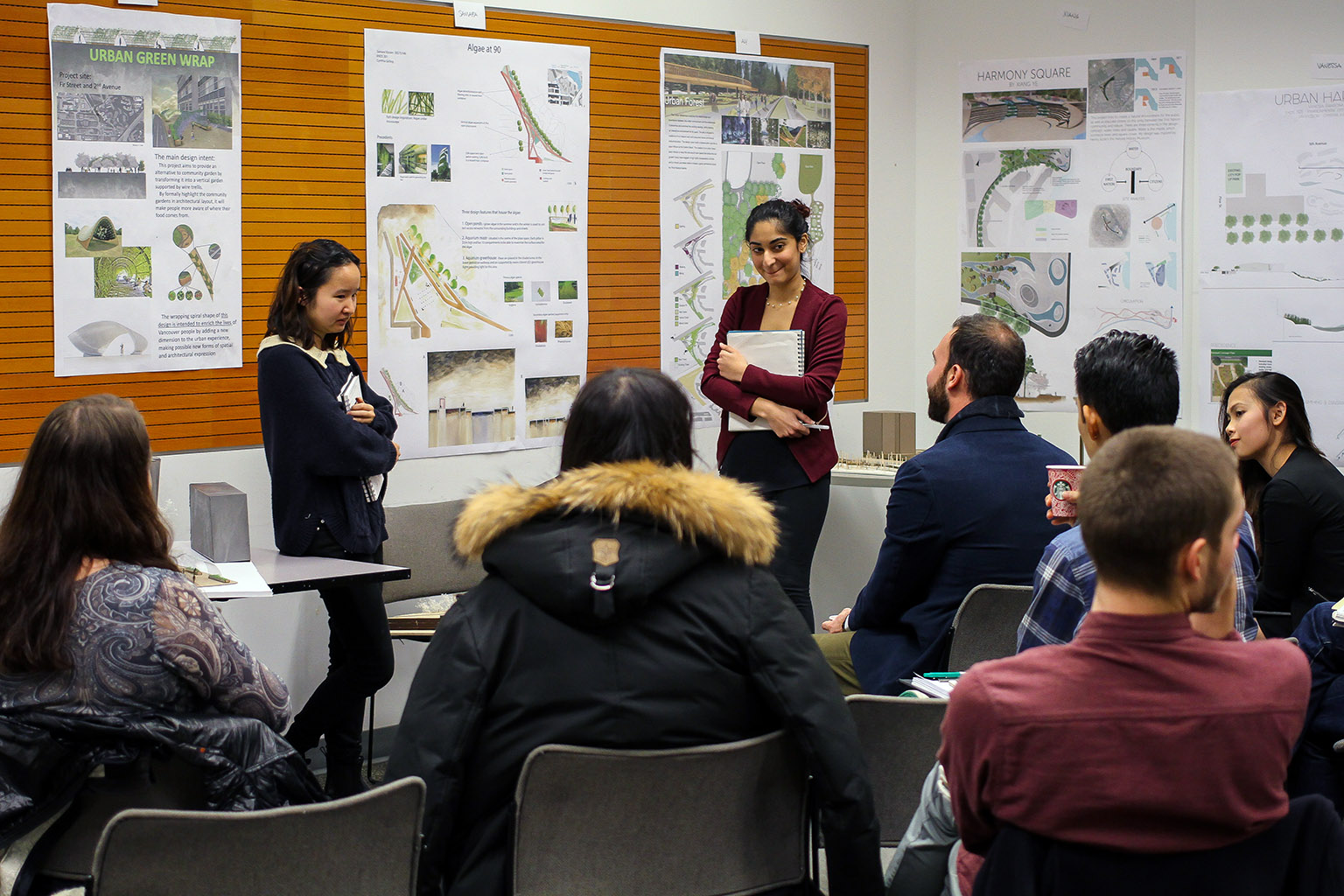 Scarlett and Samara discuss their projects with reviewer Alexandre Man-Bourdon.

Mike Anderson, from the city’s engineering department, commented on the diversity of the student projects. He valued their perspectives as they “help to open the mind to different possibilities.” He joked that he needed to expand his thinking from the more practical daily considerations, like maintenance and operational requirements. Garbage collection and emergency exits were not mandatory components of the assignment.

Alexandre Man-Bourdon, a SALA graduate and landscape architect for the city, was impressed by the “quality of graphic content” that the students produced. He also remarked on their ability to address the unique infrastructure demands of the various sites. Students had incorporated things like dynamic storm water processing facilities using algae to clean water. He said that this would not have been a priority when he was in school eight years ago. 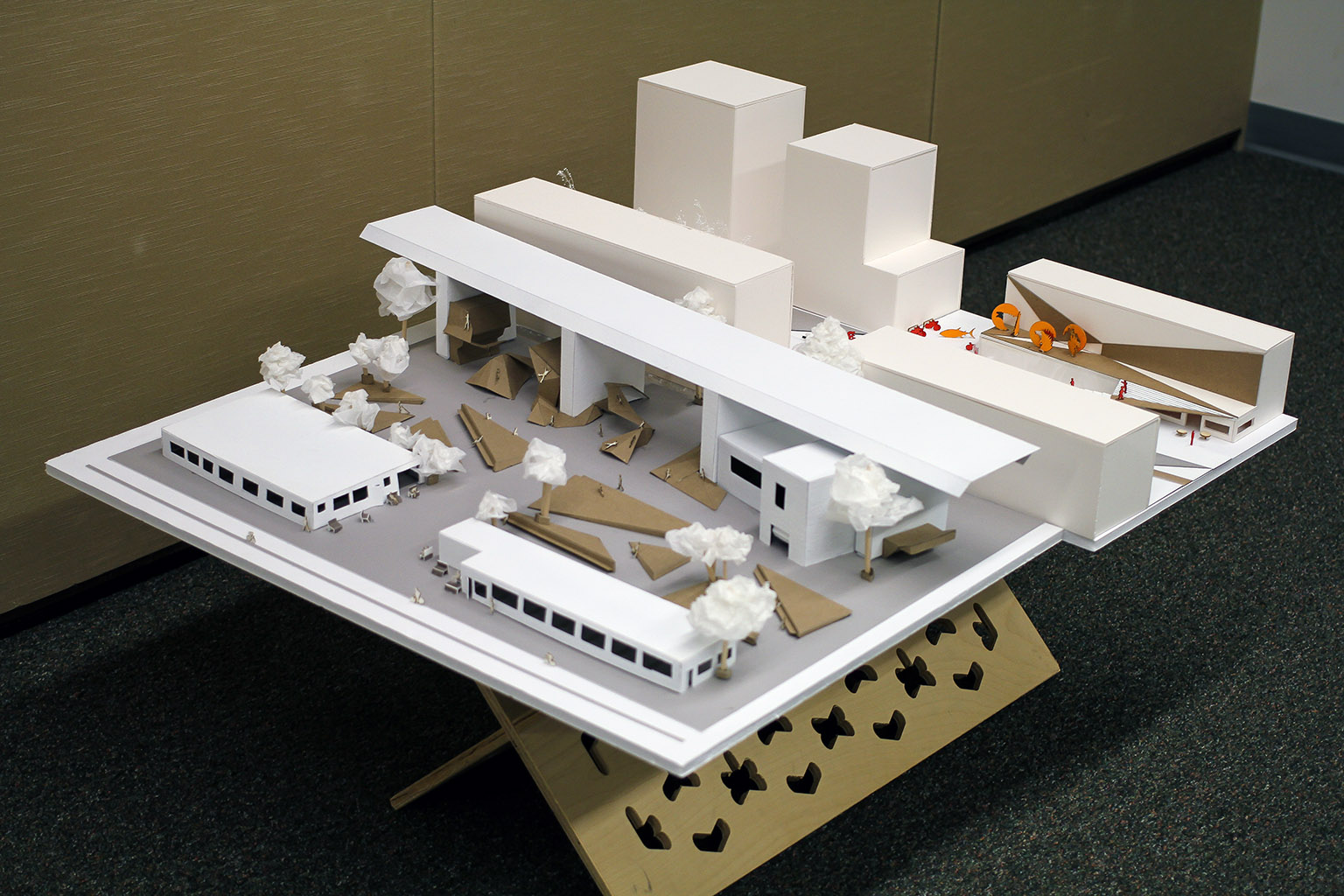 Some other interesting ideas from the projects included: converting a fourth connector on the Granville Street bridge to an extension of the Arbutus Greenway allowing access to downtown; a rock climbing and bouldering space under the Burrard Street bridge; vertical gardens and orchards; community marketplaces that integrate commerce, agriculture, and leisure; a trough that collects, channels, and cleans rainwater; and a submerged and sheltered amphitheatre. 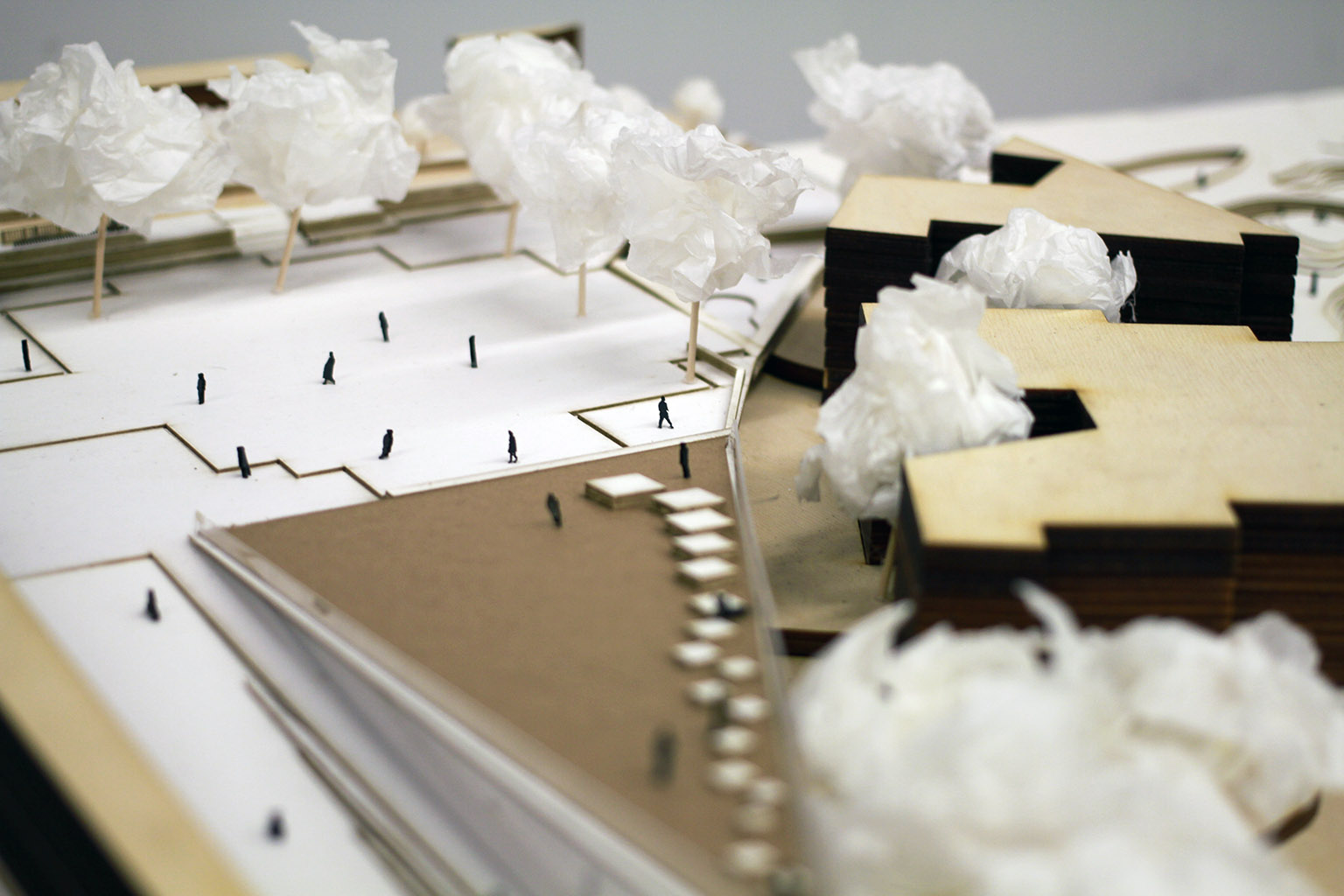 A ramp rises from the Arbutus Greenway and onto a raised pavilion space.

Discovering a passion for design