The teardown index is a forecasting tool that uses a ratio between a property’s land and building values (called the relative building value or RBV) to predict the likelihood of a home being torn down. Created by SALA professor Joseph Dahmen and mathematician Jens von Bergmann, the results predict a quarter of Vancouver’s homes will be destroyed by 2030.

“Establishing the probability that a building will be torn down is the first step toward looking at the environmental implications of the cycles of demolition and reconstruction,” says Joseph. In order to make the cycle worthwhile, Joseph highlights the importance of making new buildings environmentally and economically viable by considering the energy savings gained and the materials being used. Jens notes that the study also considers “what teardowns are replaced with, in order to inform public policy.” 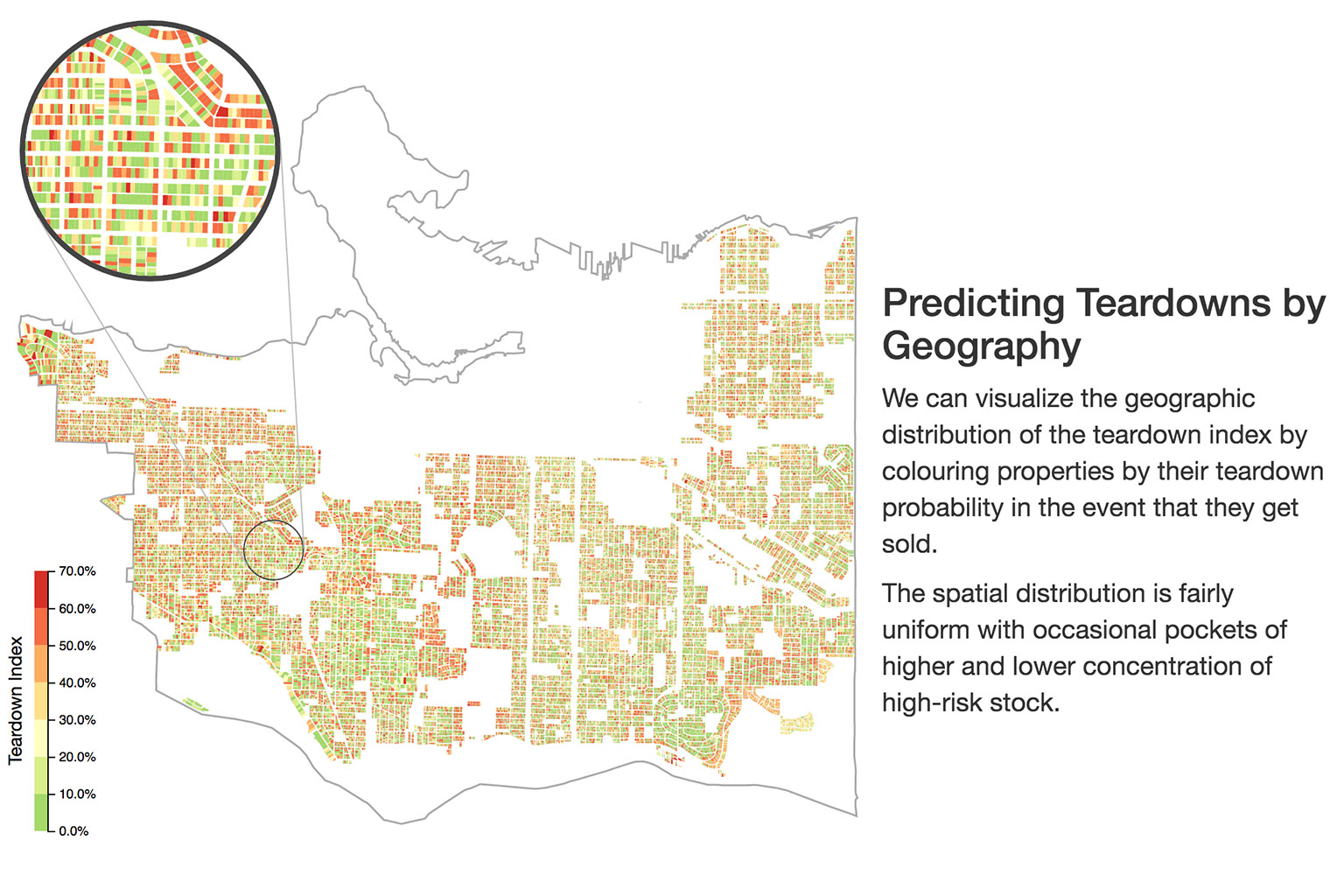 Compared to other cities in the Pacific Northwest, Vancouver has the region’s lowest average RBV. A healthy RBV is between 60-70% and Vancouver’s is 7.5%. San Francisco has an RBV of 19%, Seattle of 47%, and Portland of 49%. The average RBV for new single family homes in Vancouver starts at 38% and then rapidly declines as the property values increase. “The low RBV of new single family homes suggests that today’s new home may be tomorrow’s teardown,” says Joseph.

In terms of new construction, an average Vancouver home would have to cost upwards of $4 million to be within the healthy RBV range. This is because the average the single family lot in Vancouver is assessed at over $2 million. “When combined with Vancouver’s fairly consistent land value appreciation,” says Jens, “these houses will end up in danger of being torn down quite fast.” Jens notes that currently there are only 125 single family homes that are assessed at over $4 million.

Zoning restrictions add to the issue by stipulating that single family detached homes can only be replaced by other single family detached homes. “Developing more compelling models of ground oriented multi-unit housing is primarily a design issue, to be taken up by architects,” says Joseph. Some examples of these models are laneway homes and basement suites, which are allowed by zoning ordinances. “Landscape architects,” Joseph says, “can help address land use through innovative designs for effective and dynamic open spaces as the city densifies.”

Joseph and Jens released teardown index yesterday. It has been covered by the Vancouver Sun and the Globe and Mail, among others.

(Photograph by Rod Raglin is licensed under CC BY-SA 2.0.)

Building democracy in a public space

A roadmap to unknown territories